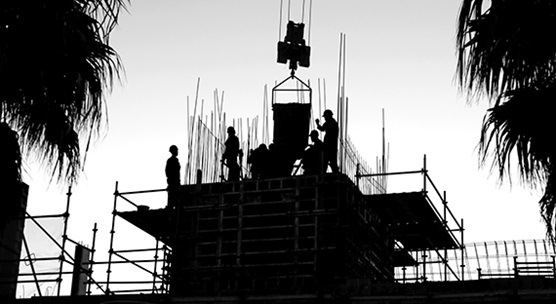 Sub-Saharan Africa is seeing a modest growth pick up from 2.8 percent in 2017 to 3.4 percent in 2018, the IMF said in its latest economic health check of the region.

According to the IMF’s Regional Economic Outlook for Sub-Saharan Africa, the growth pickup has been largely driven by improved policies in some countries, and a more supportive external environment, including stronger global growth and higher commodity prices. These factors have supported high volumes of capital inflows. For example, sovereign bond issuances by the region’s frontier markets (Côte d’Ivoire, Kenya, Senegal, and Nigeria) have increased to record levels.

Across countries, there is diversity in economic outcomes and prospects. Oil exporters are still dealing with the legacy of the largest real oil price decline since 1970, with growth well below past trends. Several other economies, both resource intensive and non-resource intensive and some fragile states, continue to grow at 6 percent or more. Other countries are mired in internal conflicts, giving rise to large numbers of refugees and internally displaced people. The two largest economies in the region, Nigeria and South Africa, remain below trend growth, weighing heavily on prospects for the region.

Rising nonperforming loans and a broad-based slowdown in private sector credit growth raise additional concerns. The increase in nonperforming loans was particularly large among resource-intensive countries, where weak economic activity has translated into a decline in credit quality and where government arrears continue to affect the banking sector. If current policies persist, average growth in the region could plateau below 4 percent over the medium term, falling far short of levels envisaged five years ago and below what is needed for countries to achieve their Sustainable Development Goals.

Despite substantial progress in revenue mobilization over the past two decades, sub-Saharan Africa has the lowest revenue-to-GDP ratio, with a median of 18 percent in 2016, 5 percentage points lower than other emerging and developing economies. Most countries in the region have considerable potential to collect higher revenue. The report estimates that sub-Saharan Africa could, on average, collect between 3-5 percent of GDP in additional tax revenues, significantly more than what the region receives each year through international aid. Revenue mobilization could be further strengthened be improving value-added and income tax systems, streamlining exemptions, and broadening the tax base. Experience in the region suggests that such efforts are most effective when they are implemented as part of a medium-term revenue strategy; have a broad base of supporters for reform, and encourage commitment to improved governance and transparency. Country experiences also show that, while surges in private investment can follow commodity price booms or conflict resolutions, episodes of sustained private investment growth are typically associated with macroeconomic stability, including low public debt and inflation, and maintaining the momentum to upgrade institutions.

There is huge potential for boosting growth in the sub-Saharan region, and the current global environment provides the opportune time to push forward these reforms.